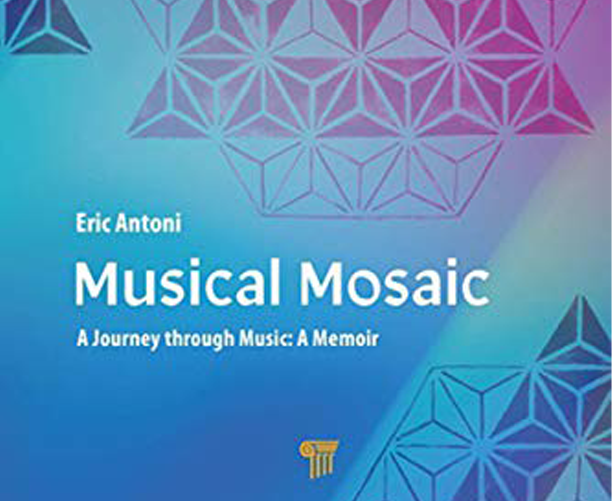 “Epic”: before qualifying a certain style of poetic or musical expression, the word first described past legends in which heroes proved their worth. The hero at the center of the Musical Mosaic you have just read is the generic human, it is you and me. Subjects in a world of objects, as some scientists would say; subjects in a world of subjects, according to certain philosophers, to the seers and artists who are constantly struck by a world, a History, lives that have meaning, individually and collectively. It is you, it is me. Tonal harmony invites us to become the heroes of an epic tale known as a “musical composition”.

A musical composition is a sound sequence that can vary in length. But its most remarkable trait is how it forms a whole with a center that is both static – it is an immobile point – and dynamic, as it emits energy. This center is called the tonic.

A work of music is a complete entity created by the movement of our consciousness as it tends toward a final note that is announced. Its resonance supports the full development of the piece from the very first note, even before it has started resounding. Everything happens in the in-between of the beginning and the end of a tonal work, as in the first and the last words of the great founding epic stories of our collective imagination, from the Mahabharata to biblical verses, from the stories of Gilgamesh and Zarathustra to Greek mythology. Before they were read, these stories were told by voices through songs and rhythms in an effort to stimulate one’s understanding of the text, but also to encourage one to feel its finality: not only to convey the meaning of a tale for an entire audience, but for each listener to seize its fundamental tone. Epic sense and lyrical sense have always been connected.

“Epic sense” is the meaning of a subject who, beyond the succession of events in which he/she is engaged, discovers his/her self in the sum of the lived experiences, as the hero of a life for which he/she is the only one to have the key. Like all of his/her alter egos.

Thanks to this discovery, he/she can allow his/her relation to time to evolve as exactly as it paves the way for feedback on his/her “reflex” projection towards an invariably fleeting future and a past that is constantly moving away: it leads him/her to historicize. This encounter is as decisive for musical creation and for the understanding of music as it is essential for “one’s understanding of self”.

One of the most important contributions the West has made to the history of humanity, alongside Heliocentrism and the law of Gravity, is the placement of the tonic – center and driving force – at the beginning and at the end of the musical development. Tonality, a small and constantly evolving spiritual engine, has moved beyond Europe, the area of its emergence, and has become universal.

Therefore, Western music, especially since Monteverdi, has created its own history. To my knowledge, there have not been many other examples in the history of humanity wherein an aesthetic epic tale was nourished by its own movement to the point of creating its own archetypes. These archetypes are forms that have included the fundamental project so well that they have become stable referents, constantly evolving while also remaining immutable. I refer here to the forms generated by contrapuntal composition (such as fugues) as much as to the sonata form and the three or four movements present in nearly all of the works of its repertoire (symphonic, concertante, for solo instruments or for chamber ensembles…). The melodic, rhythmic and harmonic developments are dynamically articulated by these forms, thus connecting the aesthetic quality of the works with their ethical and metaphysical features.