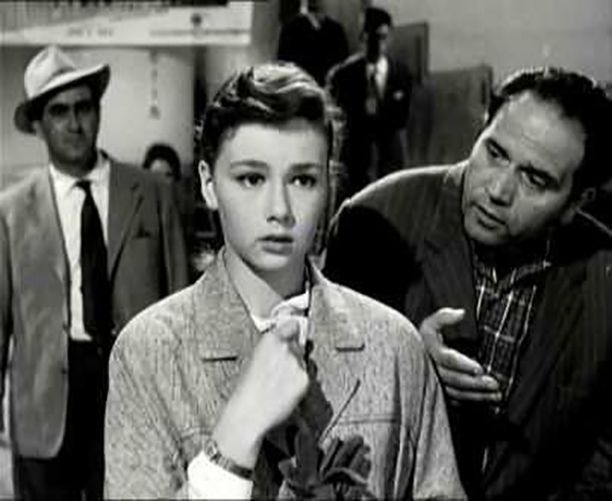 In opera, in cinema, in real life

As an art form, cinema is related to sound more than is generally perceived. Its speaking form emerged less than a century ago. Through talking cinema, the voice of each person and the voices of the many could be heard: their words, their cries, their sighs, their songs… cinema became vocal. In films, the specific personalities of the speakers were soon characterized by the registers and timbres of their voices, just like they were for opera singers. These voices could therefore signal a range of tensions and intentions that were either in conflict or in tune with each other. Film directors, just like opera composers, therefore became “voice directors” as much as stage directors; they became orchestrators composing with all of the sound registers of real life, just as much as they were “image directors” and storytellers.   And yet, while voice parts are always mentioned in opera, such is not the case in film. Beyond the fact that voices are present in cinema, each film has a cast of voices that is essential to the drama’s progress and our perception of it. Casting specific voices for roles is not tied to clichés (she is young and beautiful, therefore she must be a soprano…) but pertains instead to the dramaturgical functions embodied by the voices of the actors and of the singers. All of these voices provoke and answer each other, while also needing to complete and balance each other.

Listening to a film means focusing on what is heard: the noises and the music, the voices and the silences. It is a soundscape filled with information on the aims, the feelings and the inner lives of the characters. Listening to a film also means poring over each and every voice, some of which can become the echo chambers of profound resonances within ourselves. The voyage never ends. It is a journey towards the intimate and it can be supported, even intensified, by film music when the latter is not merely illustrative.

Fellini, Kubrick and Orson Welles were all great “voice directors” for their films. This is why I will mostly focus on Il Bidone (1955), Paths of Glory (1957) and Othello (1952) to analyze the connections between a film’s cast of voices and its dramaturgy. A few considerations on Mozart’s Don Giovanni (1787), Puccini’s Madame Butterfly (1903) and more general considerations on the notion of an oeuvre will also be examined: how do we distinguish films or operas that manage to entertain us for a while from films or operas that mark our lives?

In opera, the allocation of roles and dramaturgical functions based on a “standardized” vocal cast only emerged with Mozart and in the nineteenth century. Such casting withstood esthetic battles and became prevalent in all countries. The sopranos and tenors, the high pitched voices of both sexes, express ideals and passions: they tend to be lovers who are ready to sacrifice themselves, or intrepid explorers. The median voices, mezzo and baritone, are dedicated to reflecting, expressing doubt or providing council (be it loyal or perfidious): they are devoted confidants, faithful spouses; they can also be traitors – oftentimes the calculating rivals of the passionate tenors or of the upright sopranos. The low alto and bass voices are committed to expressing judgment; they have the attributes of wisdom: they are the fathers and the mothers, the judges, the friars, the kings, etc. They serve to calm the passions of some characters while unmasking the conspiracies and the failures of others.

Mozart said that, in opera, “poetry should be the obedient daughter of music”… Musical direction must preside over the way in which the acts, the situations and the lyrics are ordered. The composer and the spectators-listeners are – together and simultaneously – the operators and the center of such direction.

This is also true in cinema, wherein a piece of art cannot be reduced to the story it tells and to the situations that lead to its final denouement. In cinema, as in theatre or opera, simply arousing the spectator-auditor’s point of view and his moral or esthetic judgement is not enough to “become an oeuvre”. One must, more importantly awaken his dramaturgical consciousness, his awareness of the point of hearing he occupies, in order to make this point the center and the engine of his perception and understanding, not only of the events that are being told, but of the artwork seized in its entirety. In fact, in cinema, just like in opera, many works end with epilogues – the Don Giovanni sextet, the finale in Carmen, Madame Butterfly’s final orchestral cadence, the peasant woman’s song after Augusto’s death (Il Bidone), the song of the young German woman who is heard by Colonel Dax in the final scene of Paths of Glory, etc. These epilogues are the expression and the consequence of the awakening of the centered listening of spectators-listeners, by composers and directors whose centered listening is the intimate engine. When one thinks of the operas and films of the greatest of these artists, such moments of representation of real life have reached our heart of hearing by succeeding in forming a whole, becoming an oeuvre.

The Ear and the Voice (Excerpts)